You are here: Home » News » Best Shaanxi auto be number one in truck sales in Russia

Best Shaanxi auto be number one in truck sales in Russia

Shaanxi Auto heavy trucks exported to Russia. Who would have thought that Shaanxi Auto would be number one in truck sales in Russia?

Russia has strengthened its retaliatory sanctions initiatives in the face of EU and US sanctions, banning imports of cars and other products from Europe and the US. Of course, this will give Chinese truck companies a good chance to enter this market. But many truck users feel that if domestic heavy trucks are placed in the fighting nation, is it unbeatable? Wouldn't anyone buy them at all? 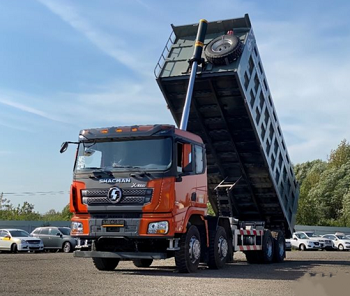 In fact, the Soviet Union truck is our worship for decades of God's car, but with the development of the times, the progress of manufacturing, our truck brand and strength is getting stronger and stronger, gradually we began to sell trucks in Russia, and actually sold good results, opened up the market.

Once upon a time, the big brothers of the Soviet Union Gass, Gis, Kamaz, Kraz, Ural and other truck brands to China, they are after all the fighting people with the truck, resistance "made" that is the basic quality, just also for the socialist construction at the time added a force!

Nowadays, it is not the same as before, so let me introduce Shaanxi Auto.

The foundation stone of the company was laid in 1968, and the first Yanan SX250 heavy-duty military off-road vehicle was built in 1970, putting an end to the history of "guns without vehicles" in our military.

In fact, it was also licensed by Berliet in France first, but produced military vehicles, including the ZiS-151 and ZIL-157.

Shaanxi Auto's trucks have taken the advanced concepts of foreign trucks and at the same time put their own style into them to create trucks with Chinese characteristics. That's why Shaanxi Auto is selling well in Russia and has been the number one market share for five or six years in a row.

The 6×4 F2000 and F3000 tippers and 8×4 tippers are the most numerous, especially the 6×6 all-wheel drive models, which are the absolute number one in the local tipper market. Shaanxi Auto is one of the most popular Chinese brands in Russia, and its performance configurations are close to each other. Shaanxi Auto's response is relatively quick and, crucially, well supported by the manufacturer.

On request, engine heaters can be fitted before starting, axle stabilisers, additional protection for the engine crankcase, an increase to a 450 litre fuel tank and much more.

The trucks supplied to Russia by Shaanxi Automotive are equipped with: 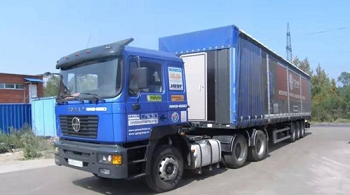 It is surprising that not only do Shaanxi trucks sell well in Russia there are also imitations of them.

This is the Russian Тонар-6428, which looks exactly like the Shaanxi Auto Delong F2000.

During the development phase Тонар bought the cab of the Shaanxi Drau F2000 and started to develop the truck, the engine was initially a Cummins ISM11 and later a Russian Yammas 650 engine was used for localisation.