The biggest pain point and the core essence of any industry is to find the market, this planning focus on sex mentioned a key word - "unique application scenario".

A large number of oil and gas trucks are currently engaged in the transportation of energy and chemical products in northern Shaanxi, and the unique alpine and heavy-duty "short reverse transportation" is an ideal application scenario for fuel cell heavy trucks, which can effectively reduce carbon emissions and help the construction of green mining areas (parks) by replacing oil and gas trucks with fuel cell heavy trucks.

Although there are many commercial vehicle ranges, the Plan emphasizes heavy trucks, and we found an article entitled "Hydrogen fuel trucks are taking off: why only China can hold up the hydrogen heavy trucks that Japan and South Korea can't do up? which is easy to explain.

The reason for Japan, for example, is that it took a wrong turn, because it was too late to transform into "commercial vehicles" due to its long-term bet on "passenger cars". For example, in South Korea, it was an accident, such as the explosion of a hydrogen refueling station in 2019, but in fact, the core point of the choice of technology path between island countries and big countries is still the "market space". The conclusion above is that "China is one of the few countries that can afford to support the development of hydrogen vehicles, because the development of hydrogen heavy trucks is very suitable for China. 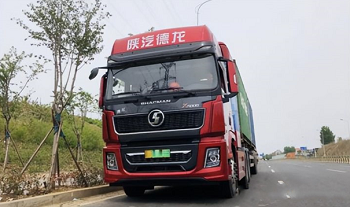 From the base, China is the largest heavy truck market in the world, with more than 1.3 million (2020), more than three times the size of North America and Europe, while the central government is leading a massive effort to increase the number of hydrogen refueling stations around highways from more than 100 at present to 5,000 by 2035. From the technical point of view, the hydrogen fuel cell power density has been achieved to 110KW (40KW in 2017) and the battery life has been increased to about 5000 hours, which basically all meet the requirements of commercial heavy trucks.

From this perspective, the intention of the Plan is to "guide Shaanxi to seize the windfall of hydrogen heavy trucks". Because everyone is still in the starting stage, the market has also given a signal.

In 2020, hydrogen heavy trucks will be demonstrated in small batches.

For the future, Academician Gan Yong of the Chinese Academy of Sciences said in 2018 that with the direction of "changing diesel to hydrogen", by 2050, more than 50% of heavy trucks will have hydrogen fuel cells as engines.

Therefore, we can understand why documents such as the Plan "emphasize the uniqueness of the industry", because northern Shaanxi, as "China's Kuwait", is itself a key area for heavy truck ownership.

The company has already made a layout in Shaanxi.

This is what it looks like to grab the wind.