You are here: Home » News » Major mini truck manufacturers and their brands

The Daihatsu Hijet is a cab for minivans and light trucks produced and sold by Japanese automaker Daihatsu since 1960.Despite the Hijet name's similarity to Toyota's truck and van naming scheme (HiAce and Hilux), the "Hijet" name has been used on Daihatsu's light trucks and minivans since 1960, long before Toyota took over twenty years. When transliterated into Japanese, "Hijet" is very similar to "Midget",one of Daihatsu's other mini trucks. According to Daihatsu, the name "Hijet" was created to suggest that the vehicle offered higher performance than the Midget.The Hijet competes in Japan with the Honda Acty, Mitsubishi Minicab,Nissan Clipper, Subaru Sambar and Suzuki Carry.

The Honda Acty is a series of convertible minivans and light trucks manufactured by Japanese automaker Honda between 1977 and 2021,designed for the Japanese domestic market (JDM). "Activity" is an abbreviation for "Activity".Acty's main competitors are Subaru Sambar, Suzuki Carry/Every, Daihatsu Hijet, Mazda Scrum, Nissan NT100/NV100 Clipper and Mitsubishi Minicab. 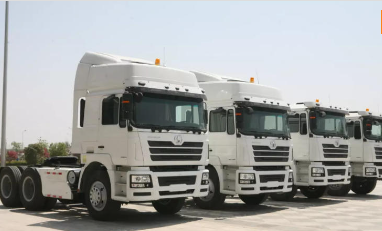 Tata Ace are models of mini trucks manufactured by Tata Motors. It was launched in 2005.tata produces three main models of the Ace family, the Ace, the Super Ace, Ace Zip and the Ace EV. Both the Ace Ace Zip have a passenger variant called the Magic and Magic IRIS.

Autozam Scrum, later known as Mazda Scrum, is a convertible minivan and light truck sold exclusively in Japan by Japanese automaker Mazda.Originally part of the company's Autozam brand, it was first launched in June 1989 (DG41, DH41 for four-wheel-drive versions). Mazda still sells Scrum under its own name. Scrum is a rebadged version of Suzuki Carry/Every, using the Suzuki engine. The first model year featured a 550 cc (cm3) Suzuki F5B engine producing 34 PS or 25 kW, or 52 PS or 38 kW, with an intercooled turbo; only nine months later, due to the kei car standard of the year changed, it was replaced by the larger engine DG/DH51 (660-cc, 38 PS or 28 kW or 58 PS or 43 kW).

A passenger car version called the Scrum Wagon was added in 2000, while commercial trucks and vans were updated.The Mazda Scrum uses a 660 cc, DOHC, three-cylinder engine and is available in four-wheel drive (4WD) or two-wheel drive (2WD). The 4WD version is also switchable between 4WD and 2WD, and has high and low ranges.The name "scrum" comes from the action in the game of rugby and signifies toughness.

The Mitsubishi Minicab is a light truck and minivan manufactured and sold in Japan by the Japanese automaker Mitsubishi Motors since 1966.In Japan, it is sold in a specific retail chain called Galant Shop. Minicab's all-electric model, the Minicab MiEV, has been on sale in the Japanese market since December 2011. [1] Since 1985, it is also sold by China Motor Corporation (CMC) in Taiwan under the name of CMC Verica. Mitsubishi Minicab is a rebadged Suzuki Carry since February 2014.

The Subaru Sambar, an open truck and minivan manufactured and sold by Subaru, was the first in Japan to meet the country's strict Keitora (軽トラ) or Kei vehicle tax class. Introduced in microvan and Kei pickup configurations in 1961, the Sambar is still in production, now in its eighth generation – starting with the sixth as a rebadged Daihatsu Hijet. Since its introduction, the Sambar has featured a rear-engined, rear-wheel-drive layout and body-on-frame construction rather than a unibody construction.The first two generations used the air-cooled engine of the Subaru 360, and the later generations used the water-cooled engine of the Subaru Rex, Vivio and Pleo. In 1980, four-wheel drive became optional. The Sambar model is produced in China under the name [三八] and in Finland in a joint venture with Elcat Automotive.A passenger variant of the Sambar was later marketed as the Subaru Dias Wagon.

For the Sambar, Subaru borrowed from the Type 2 (1951-1967) van - using a marketing name very similar to Volkswagen's upper trim level, the Samba, and using a similar rear-wheel drive, rear air-cooled engine, passenger cab - over-front-axle (cabover), configuration.The Sambar was the first Kei truck to use a convertible design, and the last Kei-compatible vehicle to use a rear-engine, rear-wheel-drive layout.

The Suzuki Carry is a light truck produced by the Japanese automobile manufacturer Suzuki. The minivan version was originally known as the Carry Van until 1982 when the passenger van version was renamed the Suzuki Every (Japanese: スズキ・エプリイ, Hepburn: Suzuki Eburī). In Japan, both Carry and Every were light cars, but the Suzuki Every Plus was a larger version of the Every, with a longer hood and a larger 1.3-liter 86-hp (63-kW) four-cylinder engine for safety. They are sold under countless different names in several countries, including those with Chevrolet and Ford badges.

Light trucks are car-sized (up to 13,900 pounds (6.3 tons) in the United States) for personal and business use.In the European Union, they must weigh no more than 3.5 tons (7,700 lbs) and are permitted to be driven with a motor vehicle license. Pickup trucks are called utes in Australia and New Zealand and are common in North and Latin America, some parts of Asia and Africa, but not in Europe, where commercial vehicles of this size are usually made as vans.

Heavy trucks are the biggest road trucks, class 8. These include occupational applications such as heavy-duty dump trucks, concrete pumps and waste hauling, as well as the ubiquitous long-haul 4x2 and 6x4 tractors.Road damage and wear can add up rapidly as axle loads increase. The number of steering axles and suspension type can also affect the amount of road wear.In many countries with good roads, six axle trucks may have a maximum weight of 44 tons (97,000 lbs) or more.

Off-road trucks include standard extra-heavy road-legal trucks, often equipped with off-road features such as front drive axles and special tires for applications such as logging and construction, as well as dedicated off-road vehicles that are not subject to weight restrictions such as the Liebherr T 282B mining truck.